"Architectural Subterranea" is a term this researcher has coined for the phenomenon of the underground built environment, especially in urban areas. Architectural subterranea is almost always styleless, utilitarian, and forgotten. Exploring it is a cross between spelunking and architectural history field work.

The only published material this researcher has found so far on the subject is the book by David Macaulay, Underground, and he deals with only modern subterranean spaces and utilities. There seems to be little else written on the subject.

My concept includes - but is not limited to - the following subterranea (see Diagram 1). 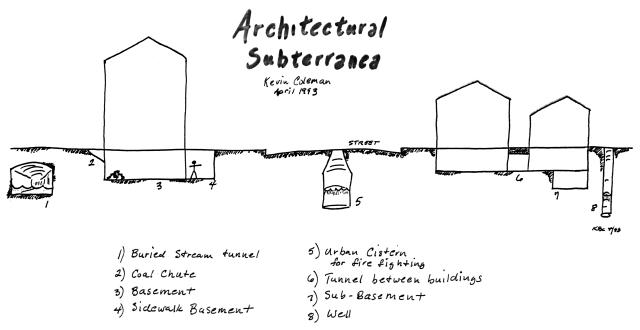