Ah, "Standard Elevator," my matyr, the one that got me started "collecting" grain elevators. This was a monument to Chillicothe's nineteenth century agricultural industry. It stood at at a critical focus, with the downtown on one side and Yoctangee Park on the other, originally with the Ohio & Erie Canal on one flank and a spur of the Marietta & Cincinnati Railroad on the other. 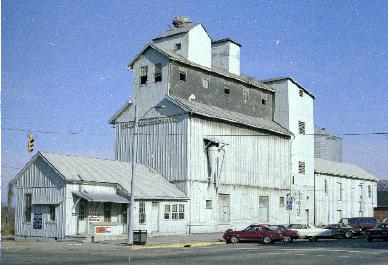 The elevator itself is bookended by a railroad station in front, and a railroad warehouse in back, both which were soon integrated into the elevator operations. The station (and presumably the warehouse also) was built in 1866 along a spur track at the head of the downtown. I think the elevator was built by 1875. 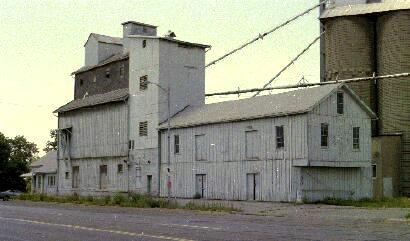 The back end of the former railroad warehouse was "garrisoned" - it has a second story overhang. I'm not sure why, unless the end wall was originally on the property line, and the garrison was to allow a narrow passageway to the other side of the building.

The massed huge concrete grain bins were added probably in the 1960s. They are not visible in the view of the west and south sides above because they were hiding behing the elevator. 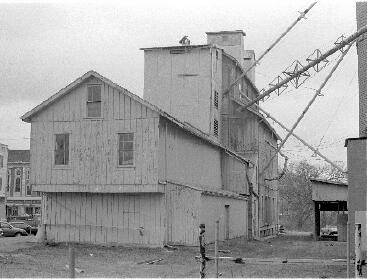 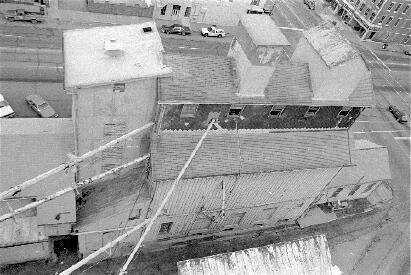 A view from above - from atop the huge concrete bins to the side of the building. 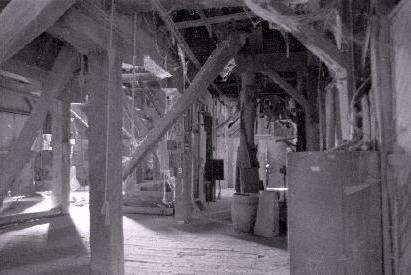 A black & white photo of the main floor of the elevator shows clearly how busy the place was at its end, and how quickly it was abandoned - grain-dusted cobwebs hang in sheets like an expertly decorated Holloween party. 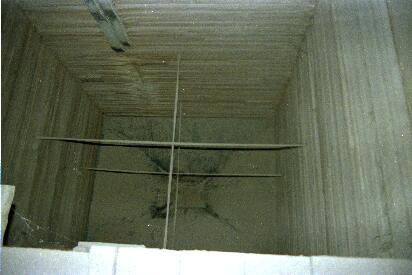 The crib-walled grain bins occupied the middle levels of the building, and were open at the top, which would be the fourth floor. Iron or steel rod cross-bracing strengthened the bins. 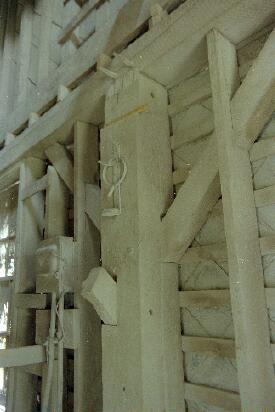 On the top floor, the fifth, the timber frame was still bulky, and behind it is visible the slate sheathing of this headhouse top.

Added equipment necessitated removal of some of the cross-beams and braces, and cutting of rafters. Upper walls were added to house this equipment. 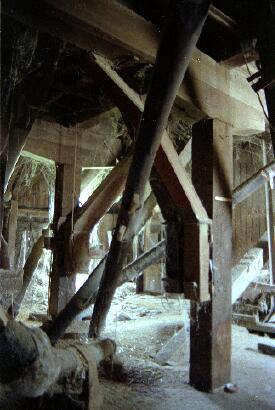 Another view of the main floor, in color...